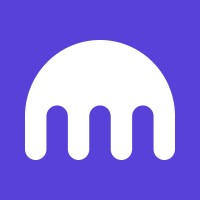 Based in San Francisco, Kraken is the world’s largest global bitcoin exchange in euro volume and liquidity. Kraken’s clients also trade USD, CAD, ETH, LTC and other digital currencies, on a platform consistently rated the best and most secure bitcoin exchange by independent news media.Kraken’s 1800+ employees are generally not listed on LinkedIn due to our company security policies.Founded in 2011, Kraken was the first bitcoin exchange to have its market data displayed on the Bloomberg Terminal, the first to pass a cryptographically verifiable proof-of-reserves audit, and one of the first exchanges to offer leveraged bitcoin margin trading. Kraken is trusted by millions of traders, institutions, and authorities across the world, from Toyko’s court-appointed trustee to Germany’s BaFin regulated Fidor Bank. In January 2016, Kraken announced that it was acquiring prominent bitcoin exchanges Coinsetter and Cavirtex to expand into American and Canadian markets. In 2019 Kraken acquired Crypto Facilities a registered futures platform.Kraken is backed by investors including, Money Partners Group, Hummingbird Ventures, Blockchain Capital, and Digital Currency Group, among others.